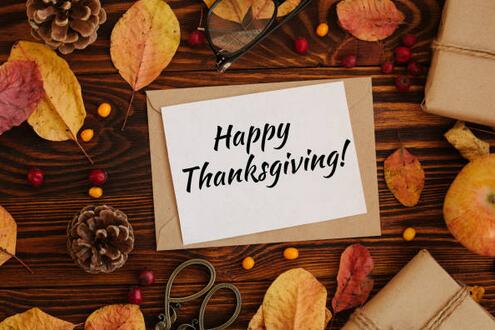 Mrs. Klein told her first graders to draw a picture of something they were thankful for. Coming from a deteriorating neighborhood, these children, she thought, didn’t actually have much to be thankful for. One boy named Douglas just drew a hand. She asked the class, whose hand did Douglas draw? One guessed “a farmer because he grows turkeys.” Another said “a policeman because they protect us.” Mrs. Klein then asked Douglas. He said “it’s yours, teacher.” Knowing she had held his hand when he was having a bad day, Mrs. Klein said “that was her Thanksgiving. The small way that we give something to others.”